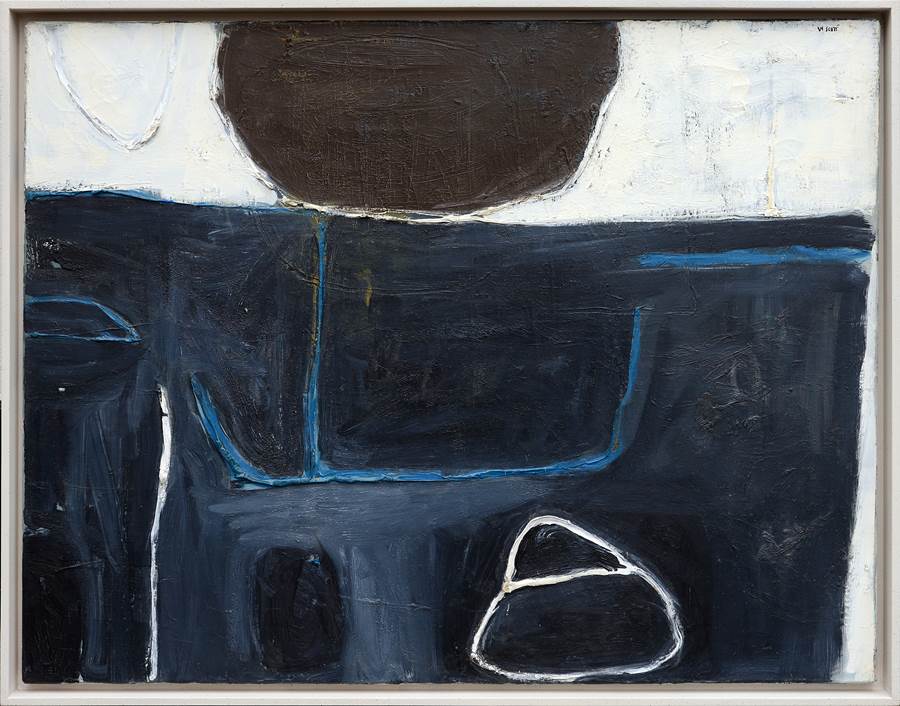 Painting, 1960 highlights the epitome of Scott’s unique ability to find beauty in plainness, and in keeping with his most celebrated works, it hovers in the thin line between figurativism and abstraction. It shows Scott’s ambition to achieve a synthesis between objects and space. Furthermore, Painting also highlights his interest in the exploration of colour, and tonal variations, with richly coated blue and brown shapes, unanchored in a thickly painted surface. 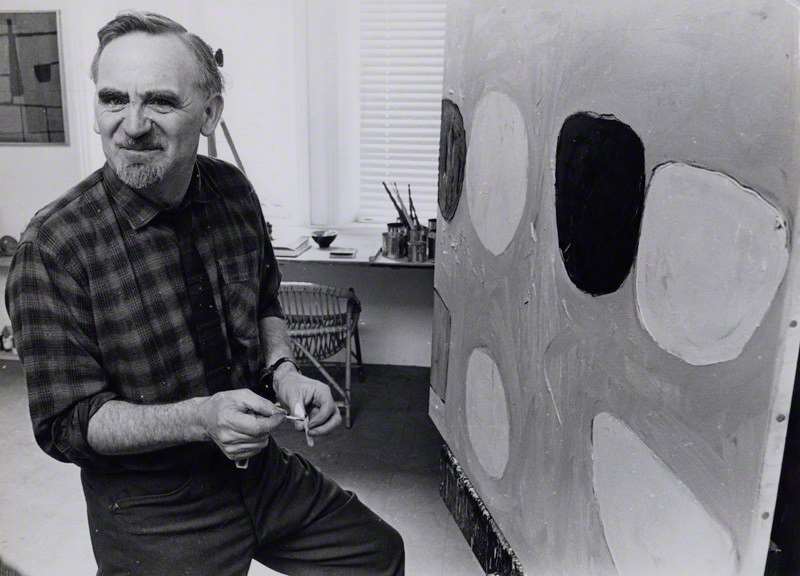 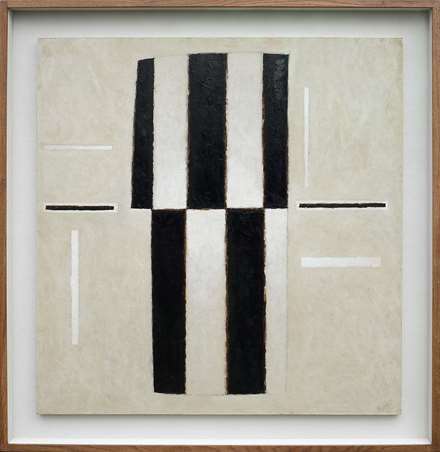 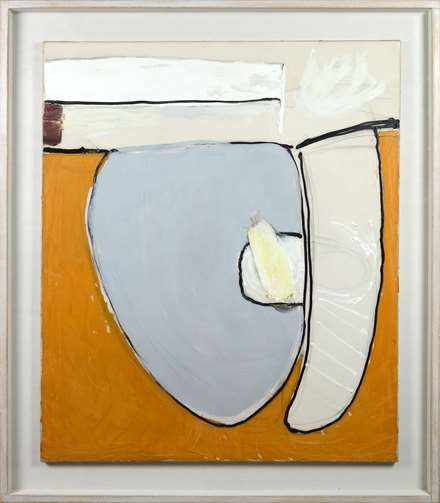