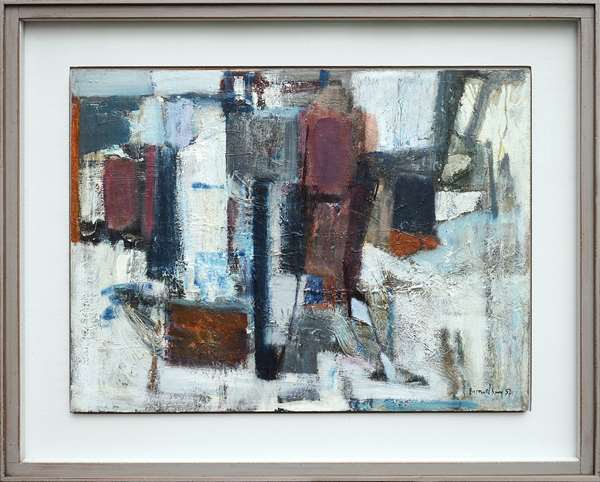 Bernard Kay was born and raised in Southport where his father owned a bicycle shop. He knew that he wanted to be an artist from the age of nine and his family supported his choice to go to the Liverpool school of Art in 1943, followed by the Royal Academy School where he spent a year studying drawing. In the 1950's he won a scholarship to study in Paris, where he was able to meet famous artists of the Parisian scene, including Maurice Esteve and Picasso. Lydia Corbett, Picasso's 'Ponytail model' remained a dear friend of his. While in Paris Kay studied the process of aquatint etching under Johnny Friedlaender, and his later series of etchings were sold by Editions Alecto. In France he travelled throughout the countryside and collected drawings that would form the basis for all of his architectural landscape paintings. During his early years in London, he focused on large canvases in an abstract expressionist tradition, before returning to landscape paintings in a muted palette. His paintings have been represented by the Cork Street Gallery, Roland, Browse and Delbanco, and have been collected by galleries around the country.