Clifford Ellis (1907-1985) was born in Bognor Regis, West Sussex and he studied at St. Martin's School of Art before joining the Regent Street Polytechnic where he trained to be an art teacher. Ellis specialised in painting and graphic illustrations. Much of his work was done in collaboration with his wife, Rosemary. They married in 1931 and together designed posters for Shell, the Empire Marketing Board and the General Post Office, as well as London Transport. Between 1945 and 1982 they also designed nearly 100 book jackets for the New Naturalist Series, published by Collins. Clifford and Rosemary were both distinguished art teachers. Clifford was appointed Assistant Master at the Bath School of Art in 1936 and Headmaster in 1938. After the war, the original premises having been bombed, the school relocated to Corsham Court and changed status to an Academy, incorporating teachers training. Clifford was Principle of the Academy from 1946 until his retirement in 1972. Through the years, Ellis invited many distinguished young artists to teach, and many of these artists would become influential figures in todays art world. William Scott, Sir Terry Frost, Sir Howard Hodgkin, Robyn Denny and Gillian Ayres were amongst them. 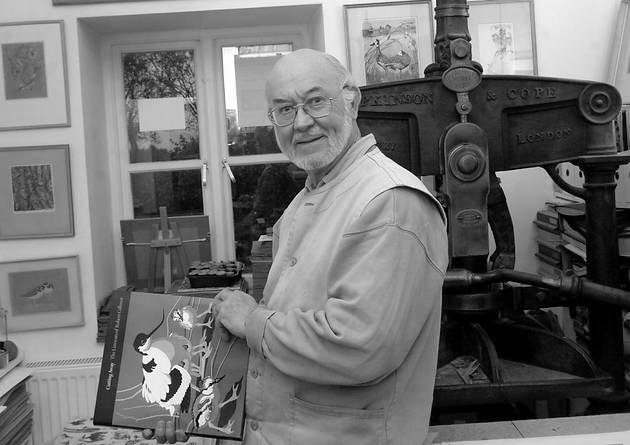