John Milne (1931-1978) was born in Lancashire. He first studied electrical engineering at Salford Royal Technical College in 1945, transferring to the art school at the College, specialising in Sculpture, until 1951. In the following year he attended the Academie de la Grande Chaumiere, in Paris. For two years he was then a pupil of Barbara Hepworth as well as her assistant. He is regarded as one of the most interesting and sophisticated of the sculptors associated with St. Ives, the English post-war avant-garde movement. His work of the fifties owed much to the St. Ives milieu in which he lived. Later, however, Milne was greatly influenced by the landscape and architecture of Greece, Persia and North Africa so that his mature work assumed a more international flavour. He participated in many solo and group shows during his career, most notably at Newlyn Society, Plymouth City Art Gallery (including a retrospective in 1971) and Genesis Galleries, New York. His work is held by the Tate Gallery, London. Tragically Milne died in 1978 at the age of 47. 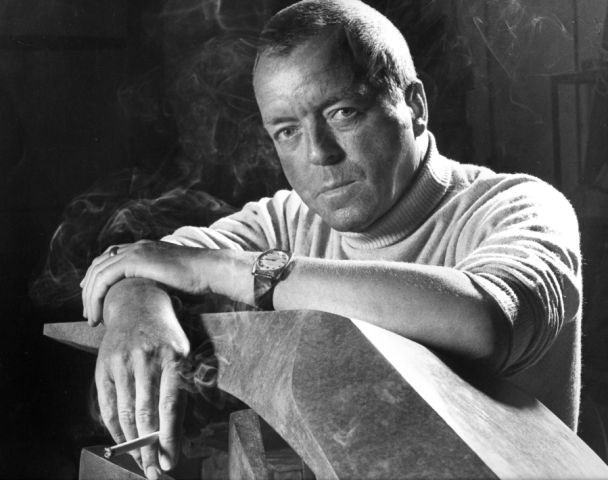