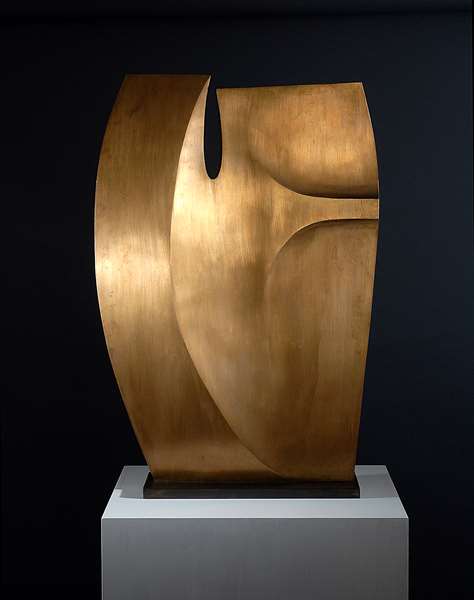 Robert Adams (1917-1984) studied at the Northampton School of Art from 1933 to 1944. He participated in various group exhibitions during the war and had his first one-man show, of sculpture, at Gimpel Fils in London in 1947. His early sculpture of this period consisted of forms abstracted from natural objects, made in wood, plaster and stone. After his one-man show he made several extended trips to Paris, where he became interested in the work of Brancusi and Julio González. In 1949 Adams began to work with metal and undertook a teaching post in industrial design at the Central School of Art and Design in London, which he held until 1960. While there he came into contact with Victor Pasmore and artists such as Kenneth Martin and Mary Martin who were pursuing the development of Constructivist ideas in Britain. He was interested in the link between art and architecture, as reflected in a large wall based relief he made in 1959 from reinforced concrete for the Municipal Theatre at Gelsenkirchen in Germany. In 1962, together with Hubert Dalwood (1924-76), Adams represented British sculpture at the Venice Biennale. His work of the 1960s often used welded steel sheets, sometimes perforated, as in Large Screen Form (1962; London, Tate). In the 1970s and until his death Adams' sculptural works, often made in bronze or stainless steel, remained abstract but of a less geometrical nature than his earlier work. Among his later public works was the large steel sculpture for Kingswell in Hampstead (1973), designed from a simple, Minimalist form.