The chairs with fully upholstered backs and seats and covered with antique linen. The two front legs profusely carved with acanthus terminating in scrolled feet. The back legs similarly boldly shaped with scrolled toes.

This pair of mahogany side chairs can be firmly attributed to the workshop of cabinetmaker Giles Grendey (1693-1780) based on virtually identical chairs that bear his workshop’s label. Grendey of St. John’s Square, Clerkenwell, London, supplied a suite with the same characteristic hipped cabriole lets and boldly carved scrolled feet for Gunton Park, Norfolk in 1740-45 (a side chair and armchair are illustrated in P. Macquiod, A History of English Furniture – The Age of Mahogany. London, 1906, vol. II, pp. 122-123, figs. 104, 105 and in C. Gilbert, Pictorial Dictionary of Marked London Furniture 1700-1840, 1996, p. 243, figs. 437, 438). In December 1931 R.W Symonds refers to Grendey’s chair design in an article where he states that although the cabinetmaker did not label all of his work, it is in the case of these distinctly carved, hipped cabriole legs on scroll feet ‘that one might infer that all chairs and stools with this leg came from Grendey’s workshop.’ (see R.W. Symonds, ‘More about Labelled Furniture,’ The Connoisseur, December, 1931, p. 407, fig. VIII.

Two pairs of chairs of essentially the same design were sold from the Estate of Mrs John E. Rovensky, Parke-Bernet Galleries New York, 16 January 1957, lots 586 and 587. Another chair was sold Sotheby’s New York, 13 December 1986, lot 187, and a further pair sold Parke-Bernet Galleries New York, 11 April 1967, lot 171. A former suite formerly in the collection of the 1st Viscount Leverhulme is illustrated in M.Harris & Son, A Catalogue and Index of Old Furniture and Works of Art, vol.II., n.d., p.200. A wing chair was sold Christies London, 29 March 1984, lot 82.

A group of chairs which shares the characteristic carving to the knees but rests on hair lion paw feet, includes a pair of library armchairs and a library chair illustrated in H. Cescinsky, English Furniture of the Eighteenth Century, vol. II, New York, n.d., p. 86, fig 82, sold Sotheby’s New York, 15 November 1985, lots 43 and 44.

Grendey had a prolific career, and while he supplied a number of intrinsic mahogany pieces to the local nobility he was also very involved in the timber and export business. He is probably best known for the extensive suite of scarlet japanned furniture he executed for the Duke of Infantado’s castle at Lazcano, Spain (see C. Gilbert. Pictorial Dictionary of Marked London Furniture 1700-1840, 1996, p. 31). 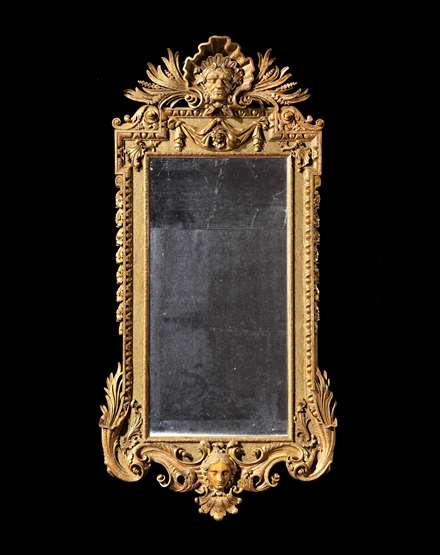 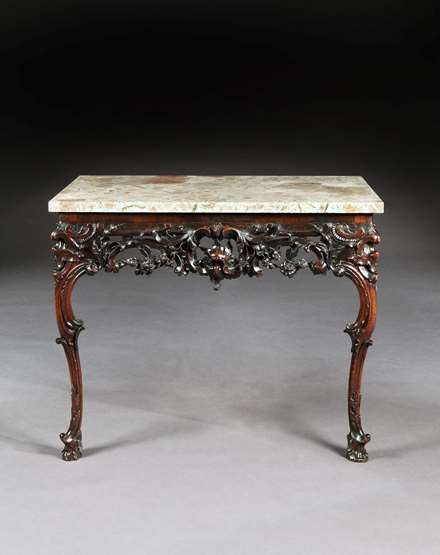 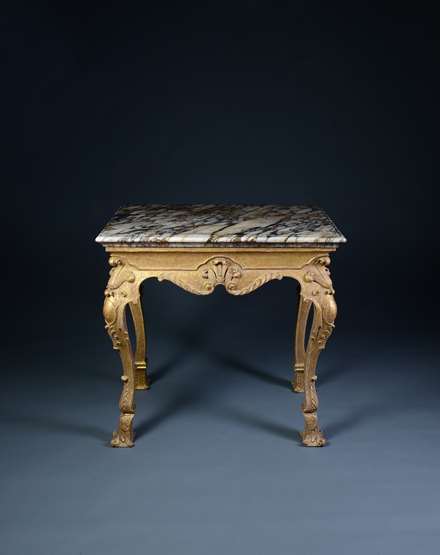