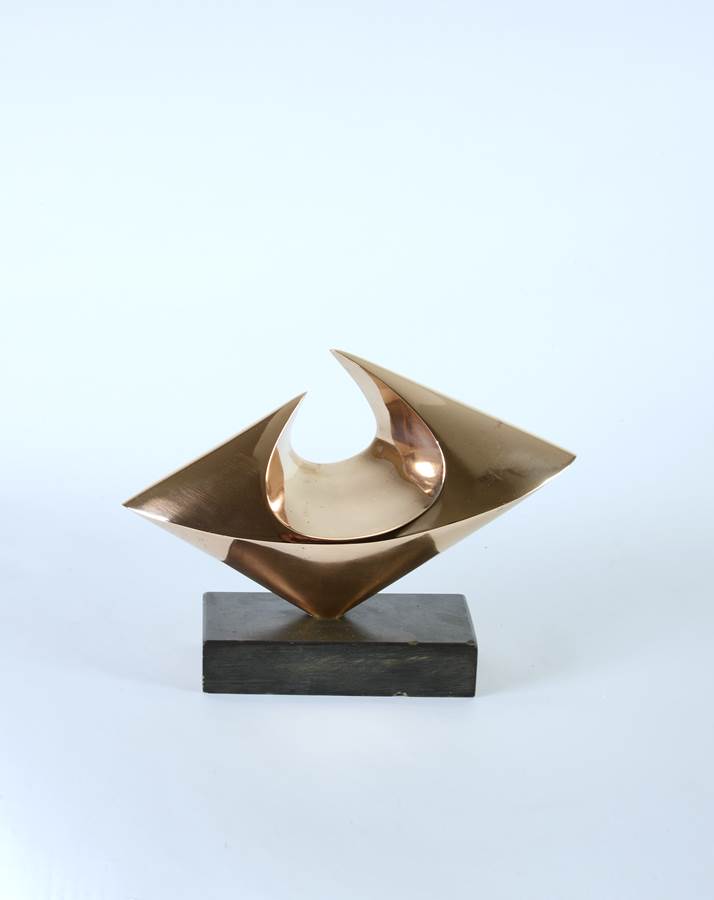 Inscribed with initials, D.A.M, and numbered 2/6 on base