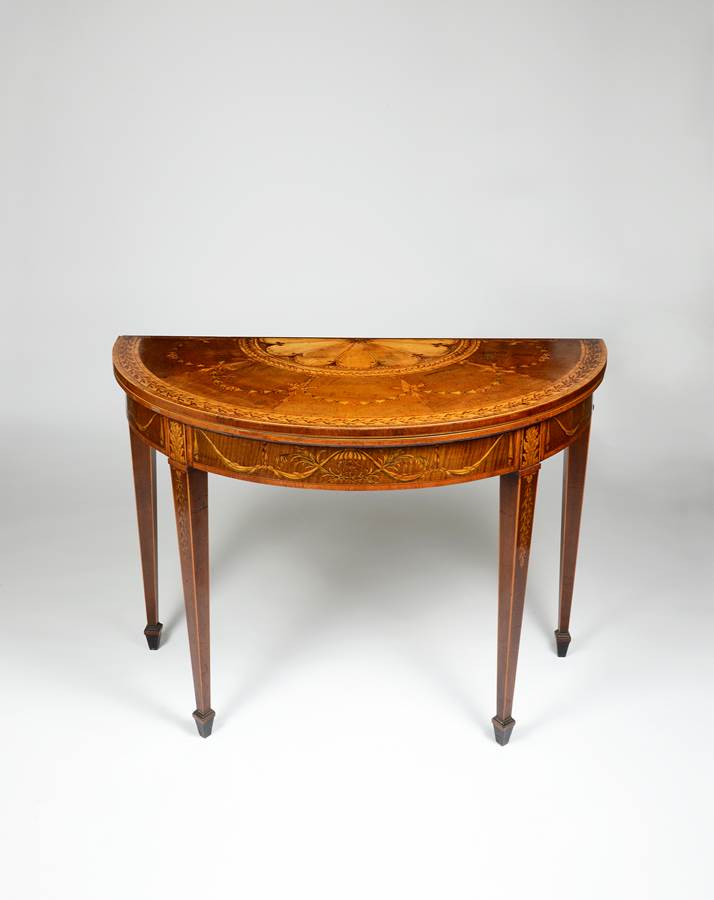 The demi lune top of concentric bands of mimosa bordered by crossbanding. The segmented sycamore panels inlaid with bell flowers and lilies with a central flower in finely detailed marquetry. The top opening to reveal a baize lined interior. The apron inlaid with a marquetry panel of palm fronds and tied ribbons. The four tapering legs similarly inlaid with laurel and acanthus.

The marquetry in this exquisite table is identical to known examples by George Simpson. By 1787 he was in business as an upholder, cabinetmaker and undertaker at 19 St Paul’s Churchyard where he continued to trade until 1840.

The underside of this table is inscribed ‘L. S Chichester’. 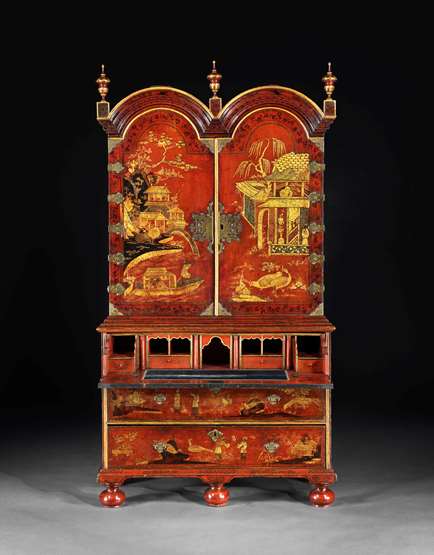