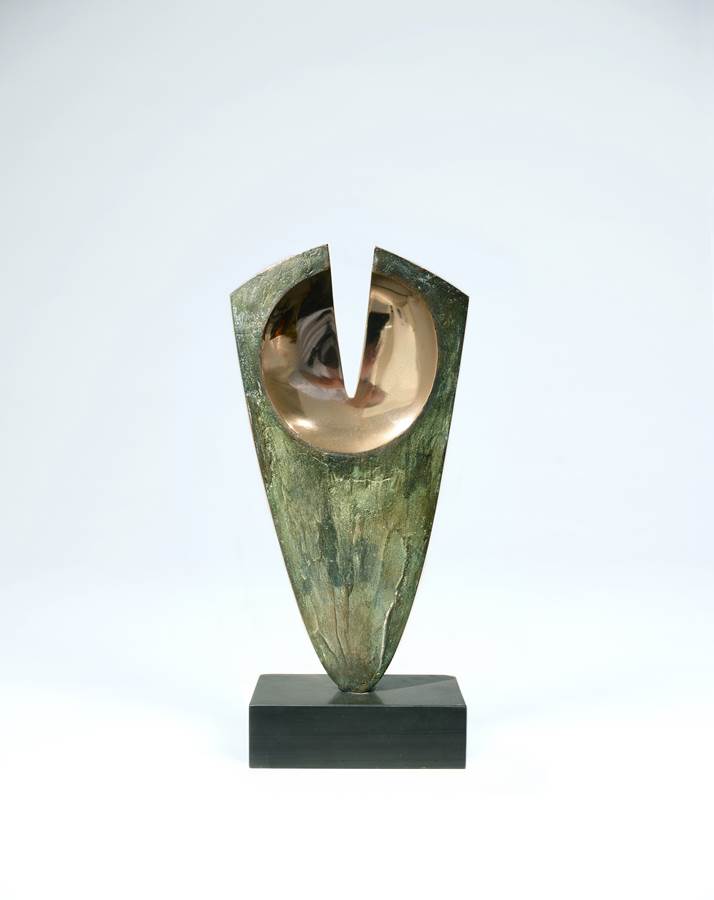 Part polished bronze with a green patina on a slate base

Signed with initials, dated, numbered and titled (under the base)