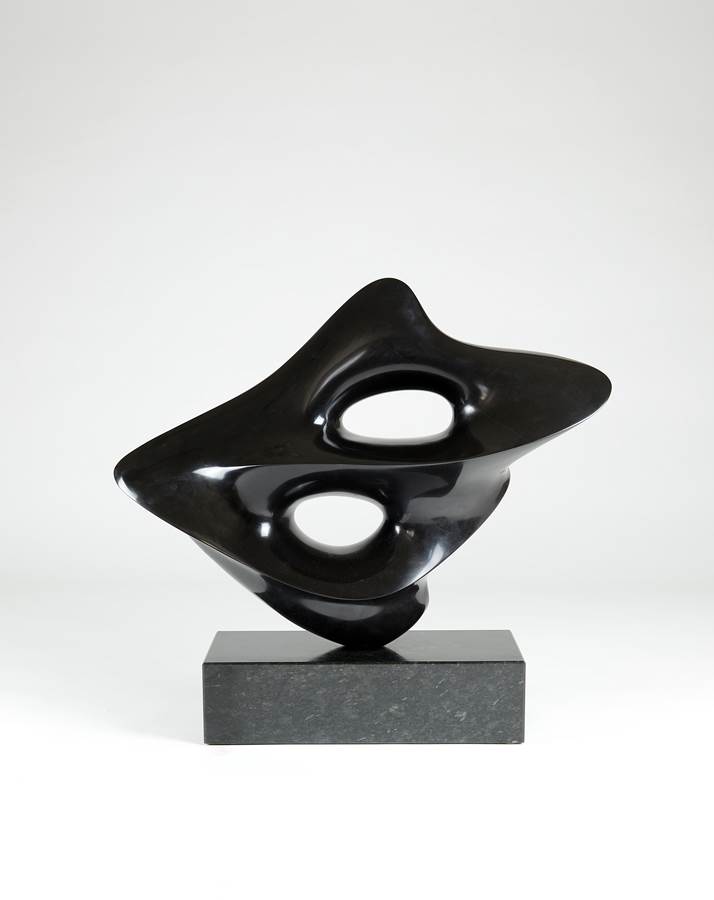 Accompanied by a letter of autheticty from the artist dated 1990

PROVENANCE
From the estate of the artist

Antoine Poncet (b.1928) is a highly regarded exponent of post-war sculpture in Europe. He grew up in Switzerland he was surrounded by art from a young age. His father was a painter and his grandfather was the famous artist of the Nabis movement, Maurice Denis, whose theories contributed to the foundations of cubism, fauvism and abstract art. At the age of 14, Poncet studied under the sculptor Germain Richier in Zurich. From 1942 he attended the École des Beaux Arts in Lausanne, before moving to Pairs and it was at this point in his career that he turned towards abstraction. The search of form was always his primary concern; ‘I have to create a sculpture that is able to live in a space with its equilibrium of volumes, its movement of and plenitude.’ Poncet was highly influenced by the work of Brancusi and Jean Arp, specifically their focus on shape, form and volume. Poncet creates bronzes that appear to be still taking shape in front of the viewer creating a sense of dynamism and transience. Surface texture is of real significance in his work; his sculptures are smoothly polished in order to enhance the play of light. From 1952 Poncet exhibited regularly at the major salons such as the Salon de la Jeune, the Salon des Réalités Nouvelles; and the 1953 a group show at the Musée National d’Art Moderne in Paris. In 1956 he participated in the international sculpture exhibition at the Musée Rodin in Paris, and was selected to represent Switzerland at the Venice Biennale. During his career he received several awards including the ‘Henry Moore Prize’ in Japan 1983. Poncet’s work is now represented in numerous museums worldwide, including the Musée National d’Art Moderne, Paris; Fondation Régional d’Art Contemporain, Paris; Galeria d’Arte Moderna, Milan; Museum of Modern Art, New York; Hirshborn Museum, Washington DC; Museum of Fine Art, Minneapolis; Museum of Fine Art, Toronto; Art Institute of Chicago; Open Air Museum, Hakone, Japan. 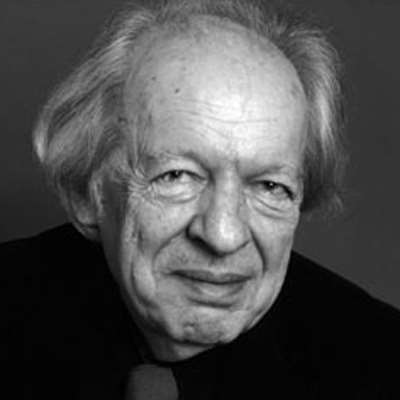 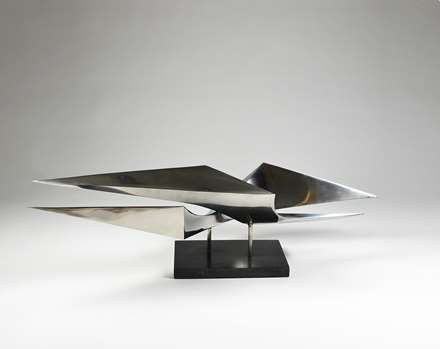 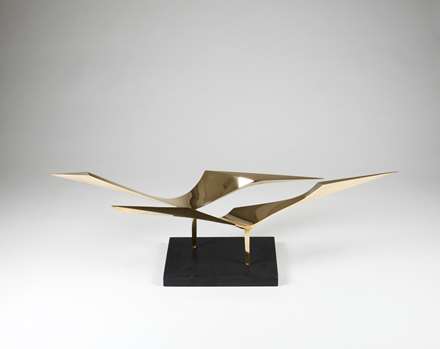 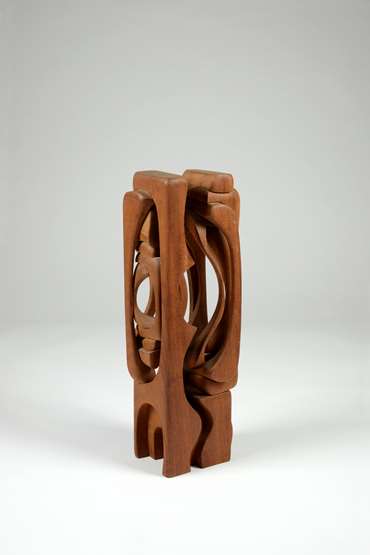