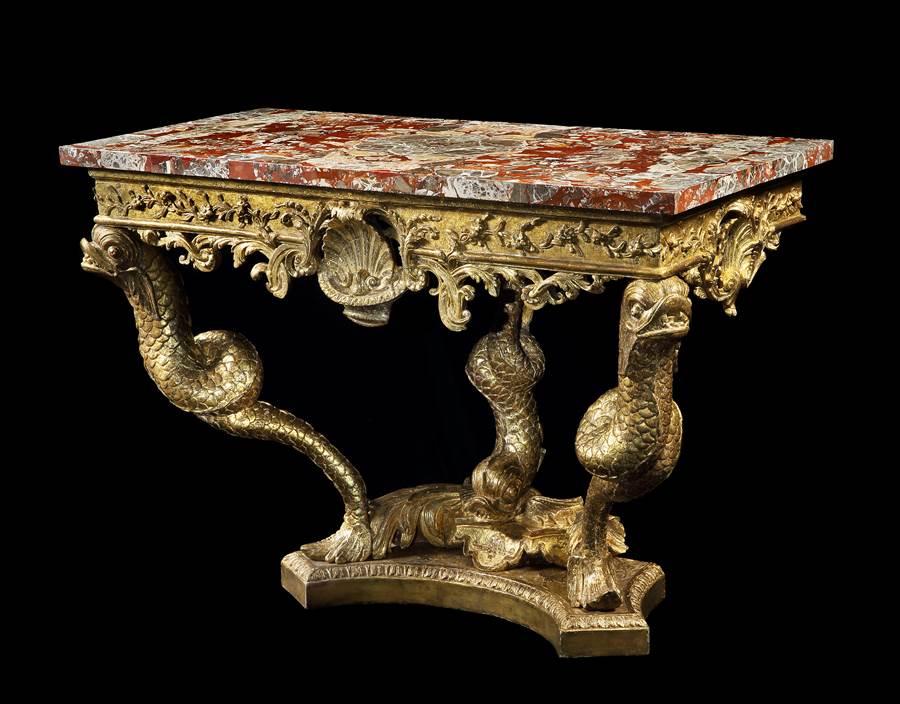 The marble top quarter veneered in finely figured Sicilian Jasper over a frieze carved with trailing foliage centred by a scallop shell over a basket. The two supports carved as mythical sea creatures with a central support carved as a fish with stylised foliage over a plinth base with a border carved with leaf moulding.

PROVENANCE
The Hoare Family and thence by descent

This extraordinary and fascinating table relates to a design by Thomas Langley, executed in 1730. This design was then published by Batty Langley in ‘The City and Country Builders and Workman’s Treasury of Designs,’ in 1740. There is a strong marine influence with the combination of the sea creatures, fish and the scallop shells on the front and side frieze, all confidently carved in this late Baroque masterpiece. The fact that it retains its original gilding makes it particularly rare.

Sir Richard Hoare (1648-1718) founded Hoares Bank in 1672. It prospered and he was then knighted by Queen Anne. In 1712 he became Lord Mayor of London. He had seventeen children, amongst whom was Henry Hoare (1677-1725) who bought Stourton Manor in 1717 and rebuilt the house which became Stourhead. Amongst other members of the family were Henry who owned Staplehurst in Kent, and Peter Richard of Luscombe. 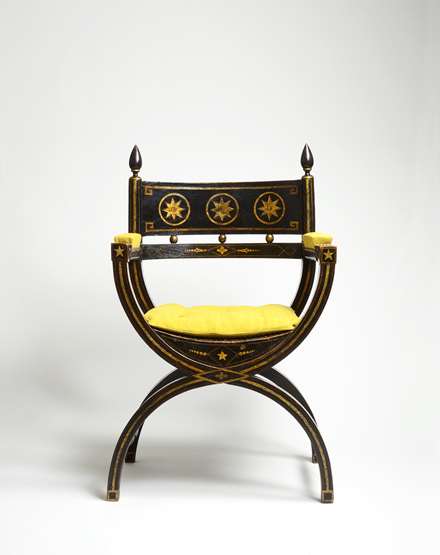