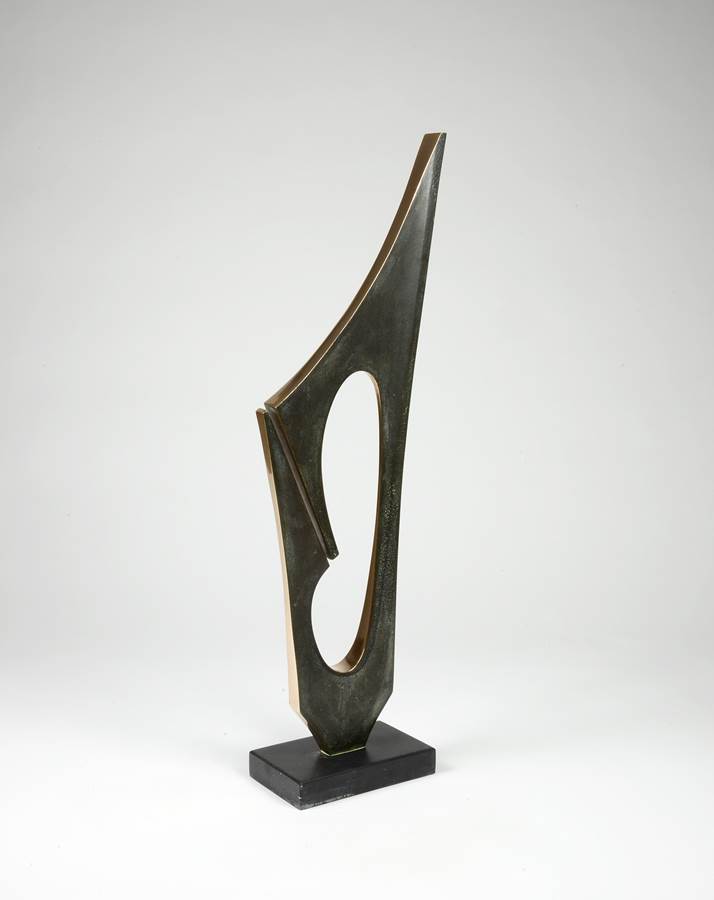 Part polished with a green patina on a slate base