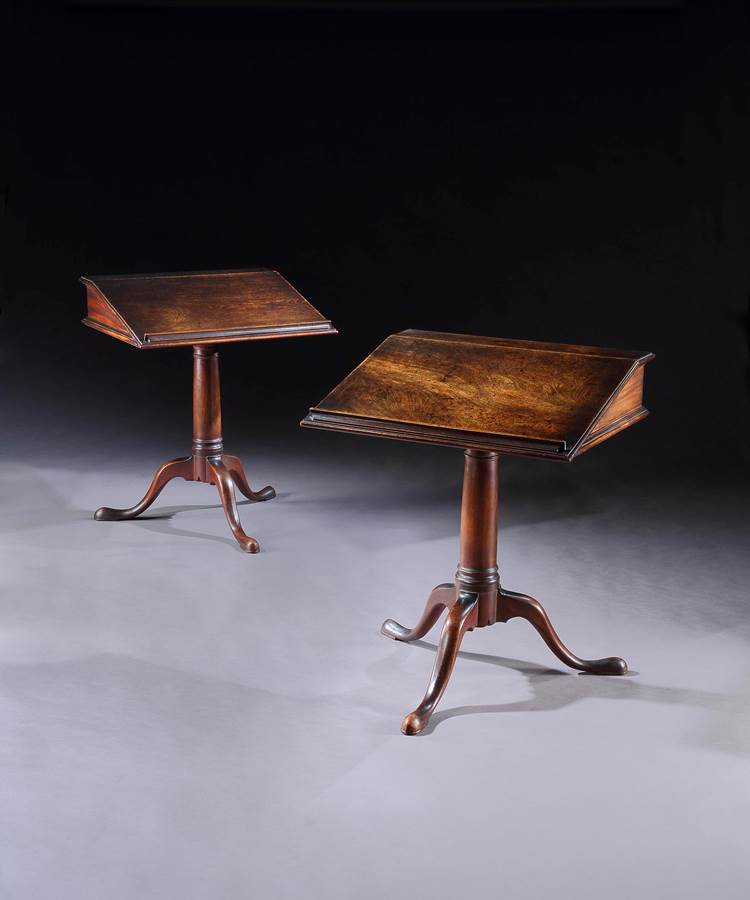 This pair of George II Period mahogany reading tables have an exceptionally interesting history, having recently been de-acquisitioned from the Old Library at Trinity College Oxford.
They have survived in remarkable condition and have retained a glorious colour and patina throughout.
The Old Library was built in 1417 and completed in 1421, as the library room of Durham College (the Oxford House of the Benedictine monks of Durham Cathedral Priory). Then, the buildings included a hall, a chapel and bedrooms, as well as the library, which is now the only surviving building of that group.
Trinity College was later founded, on these grounds, by Sir Thomas Pope in 1555, although no new buildings were built. Pope, a devout Catholic from a family of small landowners in Oxfordshire trained as a lawyer and very quickly raised his status under Henry VIII. He later became Treasurer of the Court of Augmentations and handled the estates of dissolved monasteries due to the Reformation.
Interestingly, there are also several identical pairs, which were part of the original furnishings for the Codrington Library, All Souls College, Oxford. Many of these tables are still in situ and were specifically made for the Codrington Library in 1756, supplied by Richard Shepherd of St Clements, Oxford, who was paid 8 guineas for four mahogany desks. The Codrington Library, All souls, also has an exceptionally interesting history, having been designed by Nicholas Hawksmoor in 1751. Hawksmoor made his name specifically with church and university architecture, and many consider his contribution to All Soul’s College his finest university work.
It is possible that these tables were originally made for the Codrington Library and perhaps gifted to the Old Library at Trinity in the last hundred years. 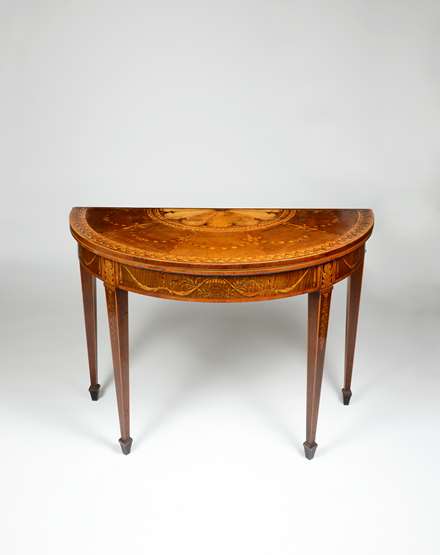