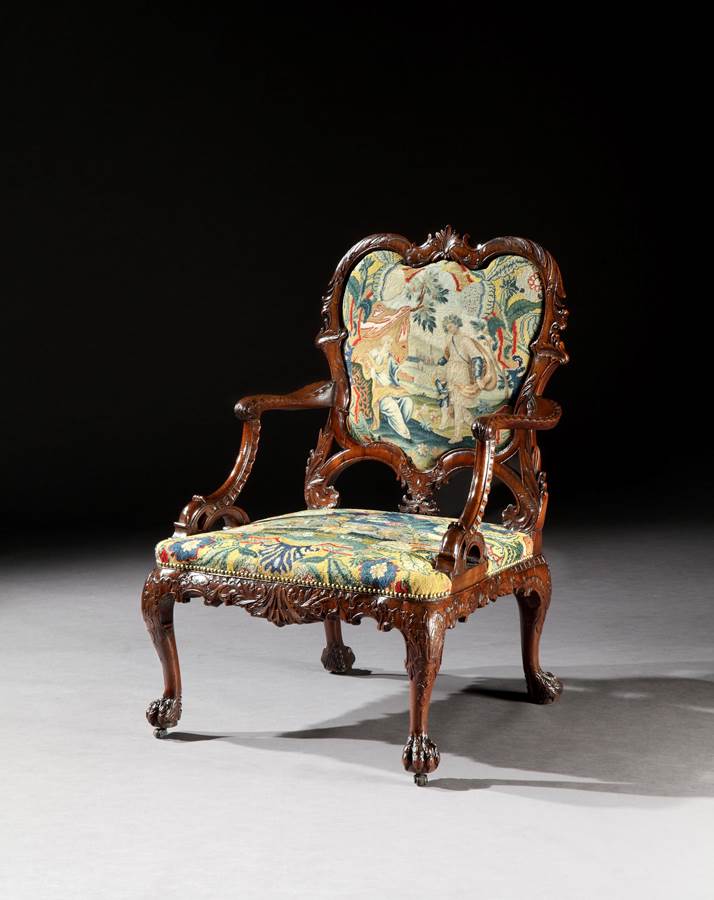 The back ornately curved in the shape on an elaborate cartouche with rocaille c-scrolls and foliage; the arms carved with leaf work and acanthus over the seat rails, boldly carved with further rocaille scrolls and pierced acanthus; the cabriole legs ending in hairy paw feet.

Coleridge, Chippendale Furniture, 1968, fig.179 R. Edwards The Shorter Dictionary of English Furniture, 1964, p.151, fig.136 L. Hinckley, Masterpieces of Queen Anne & Georgian Furniture, 1991, pl.50, fig.95
C. Simon, English Furniture Designers of the Eighteenth Century, 1907, p.64, fig.XII The design for this armchair is based on a drawing for a 'French Chair' (ill.) first published by Thomas Chippendale (d.1779), in his Director of 1754.
The design's popularity endured and it remained in the third edition of 1762, pl.XXI, where Chippendale describes how this chair type is intended 'to be open below at the Back: which makes them very light, without having a bad Effect' (op.cit, p.4).